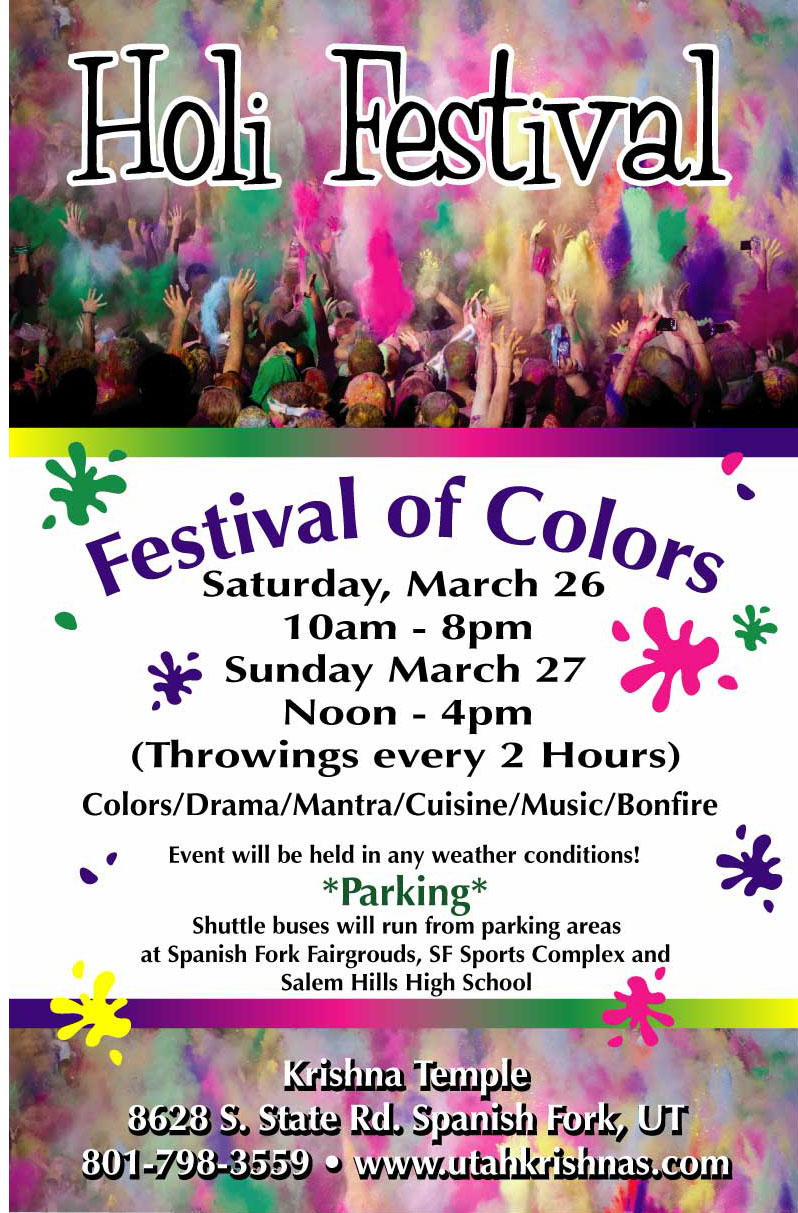 The annual Festival of Colors will be held March 26-27 at Sri Sri Radha Krishna Temple, in Spanish Fork.

The festival has become very popular in recent years, attracting revelers from throughout Utah and neighboring states. To accommodate the crowds, additional parking is being made available at the Spanish Fork Fairgrounds, Spanish Fork Sports Complex and Salem Hills High School. Shuttles will run between the temple and the parking areas.

US Hwy 189 between Spanish Fork and Salem will be congested during the festival.

The traditional throwing of colors will be held several times during the festival, which also offers drama, food, music, a bonfire and other activities.

Festival officials summed up the event with these words:
Holi is the Festival of Colors, a traditional Indian holiday celebrated in our own innovative fashion. By far our biggest festival of the year, during Holi 2010 thousands of revelers flooded the temple and grounds for a day of brightly colored powder, mantra, music and a bit of "holi" mayhem.

This year, realizing that Holi has developed a national following especially among college festival-goers, we are preparing more parking and more colors (by far) than ever before. The music, the dance, the worship, the facilities -- everything is being upgraded for Holi 2011.