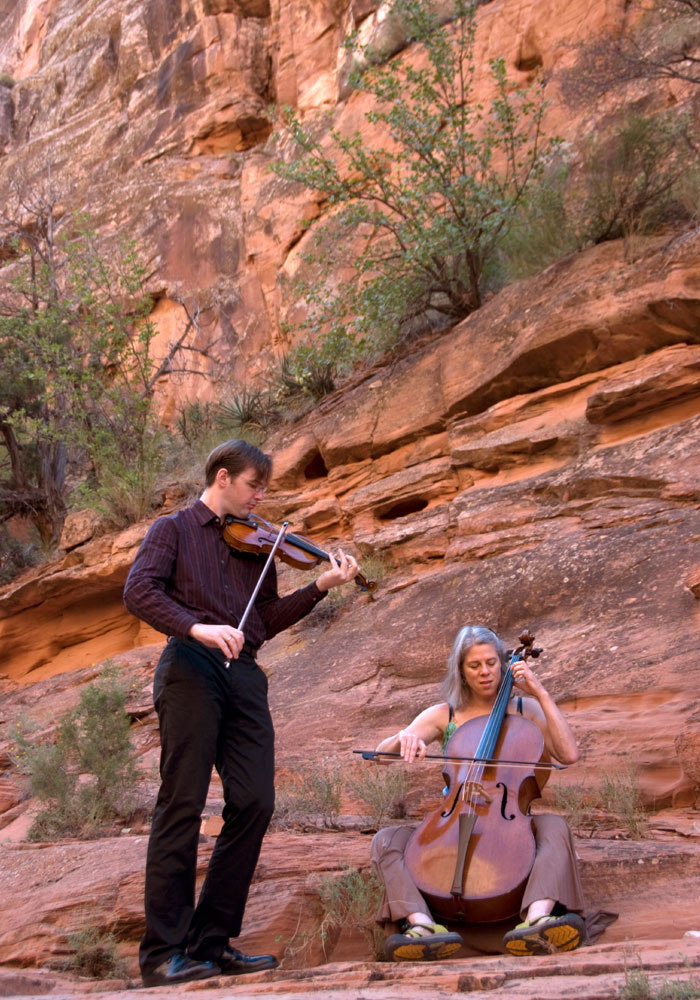 Some performances are staged in natural red-rock amphitheaters. Others are held on the banks of the Colorado River, or at Moab-area parks and resorts. You can even combine concerts with whitewater river trips.

The Moab Music Festival was founded in 1992 by Michael Barrett and Leslie Tomkins, professional musicians based in New York with an abiding love for the red rock country of southeastern Utah. According to Michael, "Creating the Festival allows us to combine two of the major passions of our lives—our love of great music beautifully performed and the tremendous beauty of the Moab area."

Since its inception, the Festival has remained true to their dream: to marry world class musical performances with the spectacular landscape of the Utah canyonlands region and to bring musical opportunities to the Moab community, particularly to its children. The Festival engages the Moab Community, its children and youth through the Education Outreach and Artist-in-Residence programs.

The Festival is noted for its distinctive programming. Classical chamber music is the mainstay of the Festival, with traditional folk music, jazz, Latin music, and the compositions of living composers, many of whom have served as Composers-in-Residence, adding spice to the repertoire. Over the course of the Festival’s history, close to 170 professional, world-class musicians have performed in Moab; many returning year after year, driven by their desire to make music in concert with the landscape. Recognized for its excellence, the Festival received the Utah Arts Council’s 2002 Governor's Award in the Arts, the 2003 ASCAP First Prize for "Adventurous Programming" and a 2007 Utah Governor's Mansion Artist Award.